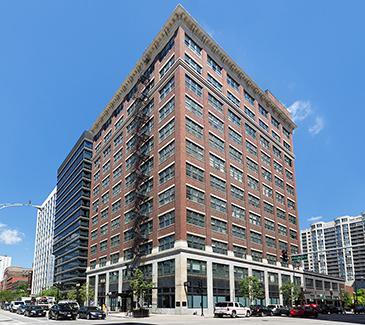 The Boyce Building was commissioned by William D. Boyce as the headquarters for his publishing company, the W. D. Boyce Publishing Company. During the late 19th and early 20th centuries the company was one of North America’s leading magazine publishers, featuring “The Saturday Blade”, “The Chicago Ledger”, and “The Farming Business”—rural and small-town periodicals read weekly by millions.

The building was designed by D.H. Burnham & Co. and Christian Eckstrom and constructed in stages between 1911 and 1923. At its completion, it was the tallest office building north of the Chicago River and west of Michigan Avenue. The publishing company occupied the first four floors; the eight remaining floors housed office tenants. Boyce used the building's penthouse as his Chicago home—his “sky bungalow”.

On February 16, 1996, the Boyce Building was listed on the National Register of Historic Places. Today it is home to numerous office tenants, RPM Italian and The Underground.